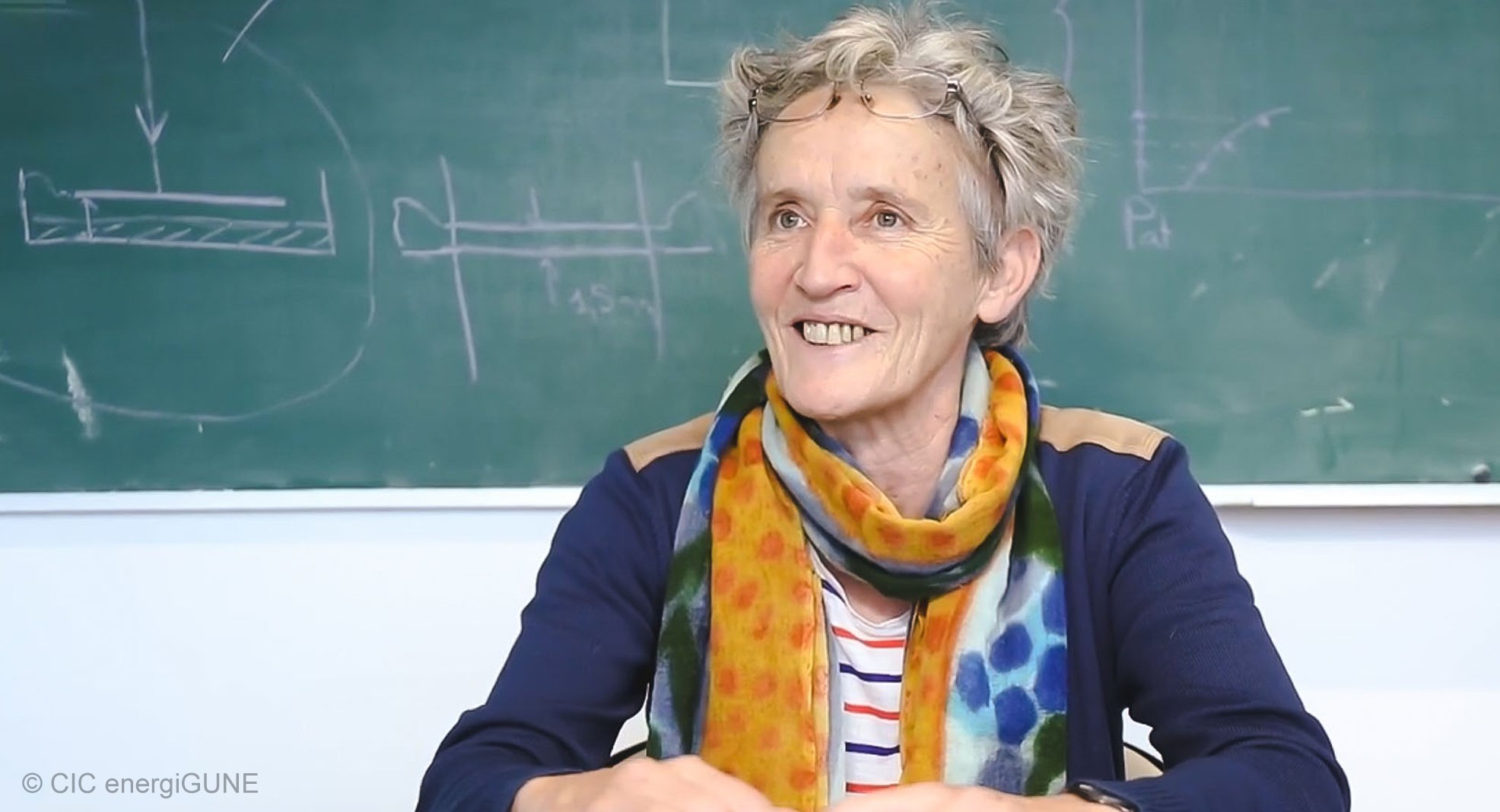 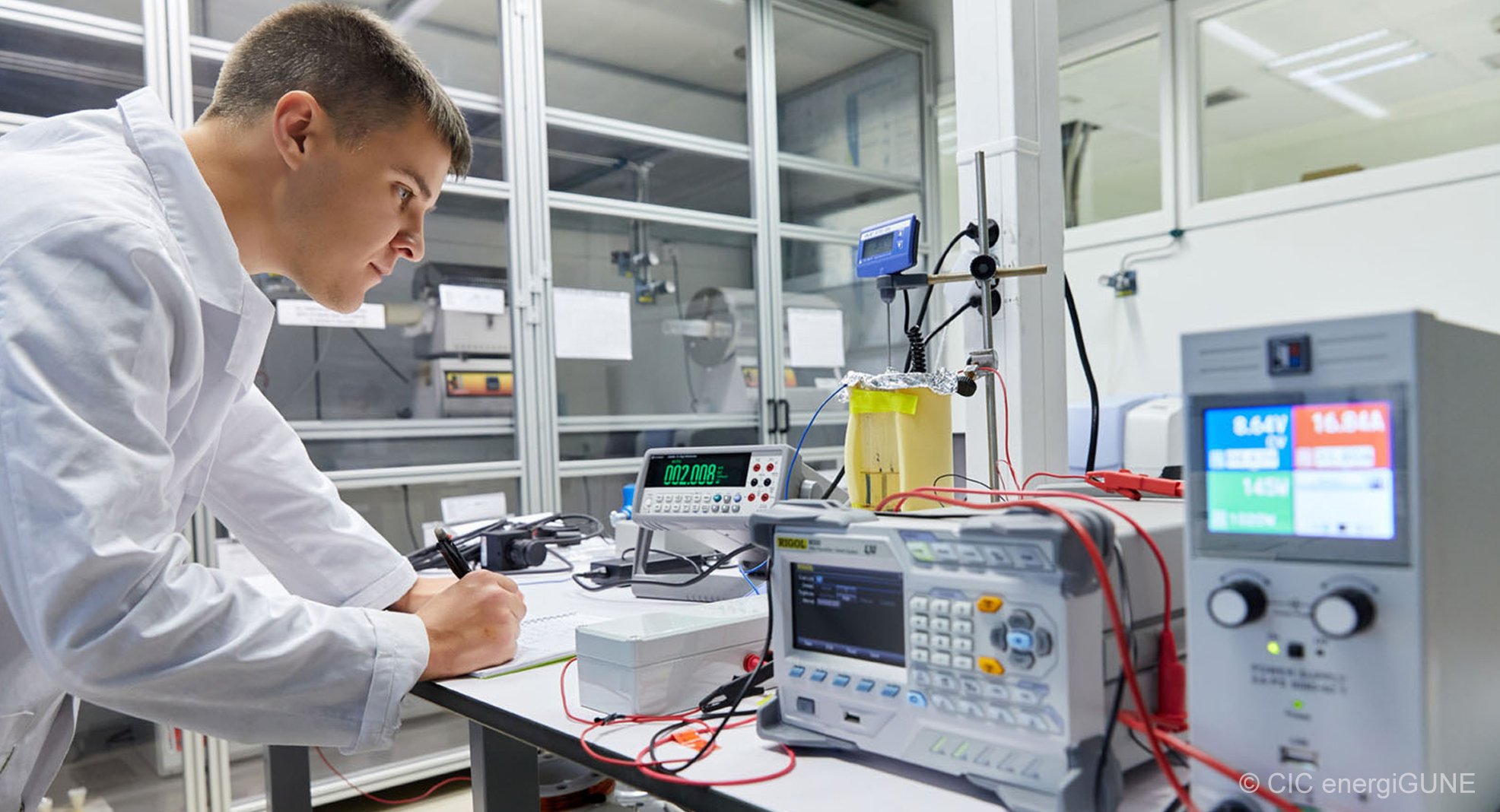 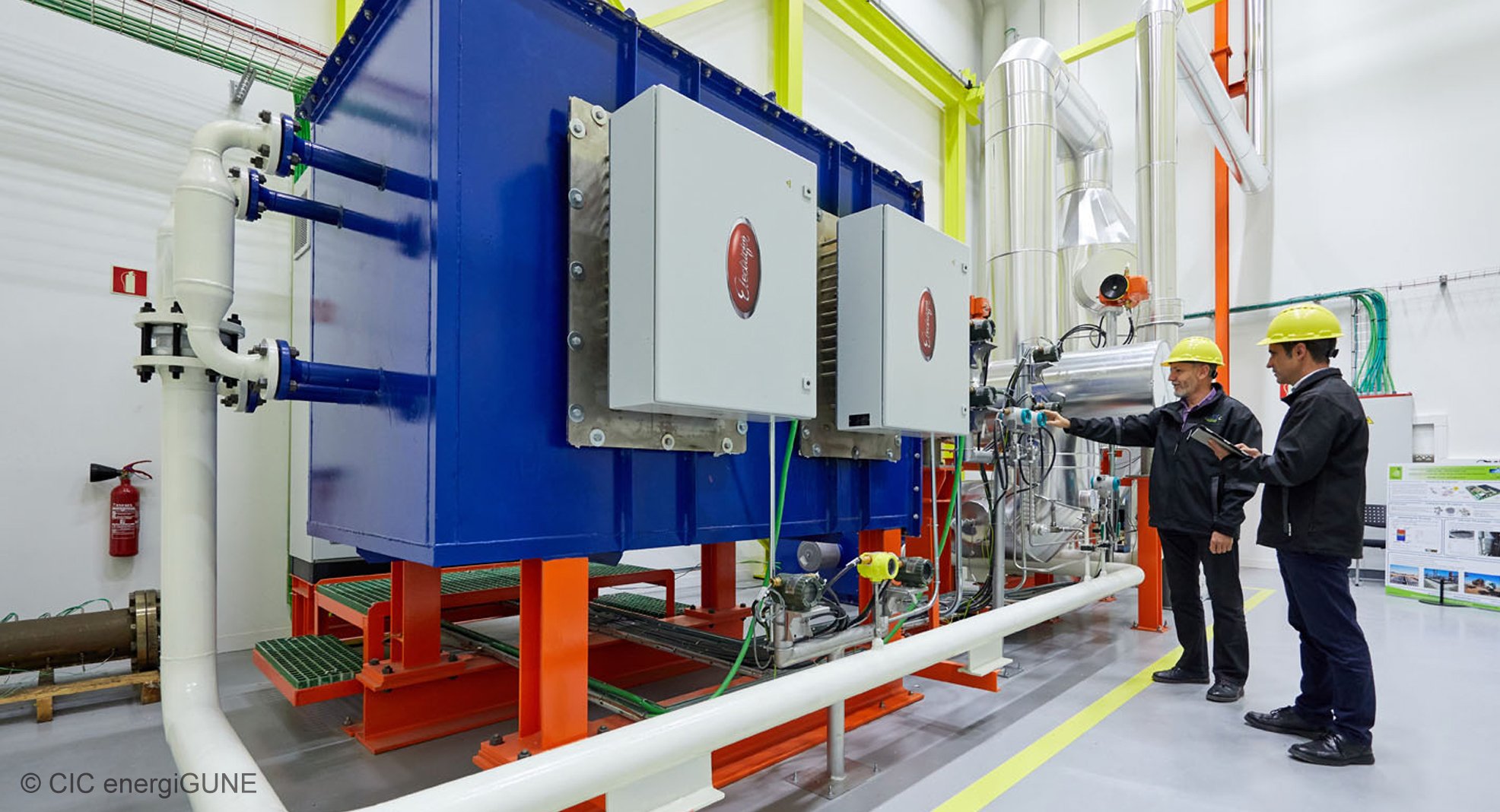 Thermal storage technologies as a solution to achieve energy decarbonisation

Elena Palomo, responsible for Scientific Management in the Area of Thermal Energy solutions at CIC energiGUNE

CIC energiGUNE, a Basque research centre which is a reference in terms of battery storage, thermal energy and hydrogen and a member of the Basque Research and Technology Alliance (BRTA), has Elena Palomo as the person in charge Scientific Management Actions in the Area addressing Thermal Energy Solutions. She is, in fact, one of the world’s most outstanding researchers according to the “Ranking of the World Scientists” drawn up by the Universities of Stanford and Elsevier. During this interview, Elena reviews the situation of the energy sector, describes most relevant innovations that have been reported and gives details on the collaborative action involving BRTA centres aimed at boosting green energy.

What is the current situation of the energy sector in the area of thermal storage?

Until now, and in spite of its relatively low cost, thermal energy storage has played a less notorious role compared to other forms of energy storage such as, for example, electric batteries.

There are a number of reasons that explain this fact. On the one hand, thermal energy has been forced to compete with another heat source, natural gas, that has been extremely cheap until recently and has made other more sustainable thermal energy solutions less attractive. On the other hand, and possibly due to the above, there is still no such thing as a firmly established thermal storage industry which has limited -and still limits- its deployment.

The tide, however, is now turning and the current political will as regards decarbonising all activity sectors is bound to make an outstanding contribution. In the electricity sector, decarbonisation must focus on substantially increasing the presence of renewables (PC and wind power, for instance) in grids. Consequently, this means that their resilience must be improved. The end results will be that thermal storage is to become highly relevant player due to its potential in offering low-cost mass energy storage.

Projects already underway in Europe, especially in Germany, for the conversion of former coal-powered facilities into grid power storage systems. The basic premise is simple and consists in replacing power station coal boilers with a thermal storage system that uses the “Joule” effect to charge the system with electric power and produce electricity with an already existing power block during the discharge phase.

There are also many combined cycle power stations nowadays in Spain with too few hours of operation that are hardly profitable.

The incorporation thermal storage systems at these facilities would not only increase their profitability but also provide the grid with additional flexibility. Mention must also be made of solar concentration power stations where there are already storage systems in operation that can provide highly flexible electricity generation systems independently or when hybridised with photovoltaic plants.

Thermal storage, moreover, is an indispensable complement to enhance the performance of compressed-air energy storage (A-CAES). In residential, tertiary and industrial sectors, heat electrification will eventually become one of the main levers for decarbonisation and thermal storage will play a relevant role in this area.

It is also expected that the use of heat pumps equipped featuring thermal storage capabilities will grow exponentially in the near future because they provide a highly efficient technology as regards transforming electric power into thermal energy (COP > 3-5). If also equipped with thermal storage, demand can be shifted as required to offer the electricity grid an additional flexible resource in which both parties, the grid and consumers, will benefit.

We must not forget the decarbonisation potential Spain can offer by directly using solar thermal power. Due to its intermittent nature, support must be provided by thermal storage systems to ensure a correct operation.

In summary, the decarbonisation target associated with the so-called climate crisis offers an opportunity to consolidate and develop thermal storage technologies with solid business prospects. This will probably provide the encouragement required to set up a thermal battery industry which is hardly relevant nowadays in order to boost this form of energy storage and contribute towards the sustainability of the energy sector.

Which are the most relevant innovations that have been reported in recent years in your area of research?

Thermal storage technologies currently dominating the market are those related to the so-called sensible heat storage alternative that are based on a simple operating principle in which the system charges/discharges heating/cooling fluids such as water or molten salts or solids in the form of rocks, concrete, ceramics, waste, etc.

What they have in their favour is that they are mature, relatively low-cost technologies. Low energy density, however, is their biggest inconvenience and they require large storage volumes that not all applications can provide. Thermal losses, moreover, render them unfeasible for long-term storage applications, as also occurs with seasonal solar power storage.

In order to overcome these shortcomings, the scientific community has been working for some time on developing alternative forms of thermal power storage. Major progress has been made in recent years in the field of thermochemical storage in which thermal power is stored and eventually restored by means of reversible thermochemical reactions, generally solid-gas.

Further progress has been made in the area of district heating as, compared to water tanks, it is nowadays possible to offer much more compact storage in addition to extremely low levels of thermal losses. This also poses interesting prospects with regard to medium-long distance heat transportation with no losses along the way. This could foster a symbiosis between sectors producing residual heat, like the industrial sector, and consumers would be able to contribute towards achieving better global efficiency for the energy system. Investments required for these technologies, however, are still far too high.

Latent heat storage technologies occupy an intermediate position in terms of compactness, thermal losses and costs and use matter phase changes like fusion-solidification to store energy in what is nearly an isothermal manner. Many change-of-phase materials have been proposed and studied to cover a very extensive range of potential operating temperatures. Nowadays, there are also many demonstrators available.

These technologies, however, have not yet been able to penetrate the market as they cannot compete cost-wise against sensible heat technologies that are already in operation. There is a bottleneck in terms of cost reduction and the need to have heat exchangers featuring large exchange surfaces.

In this regard, I believe that the scientific-technological focus of CIC energiGUNE will become a determining factor. CIC energiGUNE is currently developing a cutting-edge thermal storage technology that combines compactness and competitiveness and is based on new materials that undergo solid-state phase changes instead of solid-liquid transformations so that heat exchangers can be eliminated. Consequently, specific storage costs are not only comparable but also lower than those of other currently used technologies. Significant reductions have also been reported with regard to storage volumes.

In short, it is the thermal equivalent of the solid-state batteries the mobility sector is nowadays looking for as a disruptive alternative to liquid electrolyte batteries currently in use.

Another issue associated with thermal storage where substantial progress has been made in recent years is related to high temperature heat pumps. Although there is still a long way to go, they will eventually become a superb vehicle in the future as regards improving energy efficiency in the industry. This technology will also play a crucial role in terms of decarbonisation actions based on electrifying heat.

Will the collaborative actions carried out by the different members of BRTA provide a key element to boost green energy in the Basque Country in the form of thermal power? What upcoming joint challenges do you expect to address with regard to the energy transition?

As the Basque Country is a highly industrialised region, it offers a fertile terrain with regard to boosting green energy. BRTA comprises several leading research organisations and technology centres with significant track records in their respective areas of specialisation that will allow them to jointly address the issue of generating knowledge and developing disruptive technologies that are urgently required in the energy sector. The organisation is representative of a deeply rooted science and technology ecosystem boasting an extensive range of skills and long-standing ties with the local industry.

These centres can offer numerous options with regard to key issues such as containing the climate crisis or palliating future problems involving water, waste and critical materials associated with the current energy system.

There is also an excellent balance between basic research, applied research and engineering, i.e., the three ingredients needed for a successful energy transition to take place. At BRTA, however, there are also certain disciplines that sometimes do not communicate properly with each other and which. Although, if present under only one roof, they would be able to provide a source for disruptive leaps in the field of energy. Issues like, for instance, future successful technological developments that have not yet been given too much thought imagined that could emerge from a dialogue involving material sciences, nanotechnologies, chemical engineering, electronics, robotics, advanced computation, etc. and natural ecosystems and biology.

CIC energiGUNE collaborates with most of the BRTA members on a regular basis. As far as the area of thermal storage is concerned, I would like to underscore our cordial and fruitful relationship over the years with Tekniker and stress that here have been many collaborative actions carried out with other organisations in the field of steel mill waste recovery.

By opening an area of research called “Hydrogen Technologies” to be added on to the list of other already existing energy storage units, CIC energiGUNE intends to extend and strengthen its ties with other BRTA members.