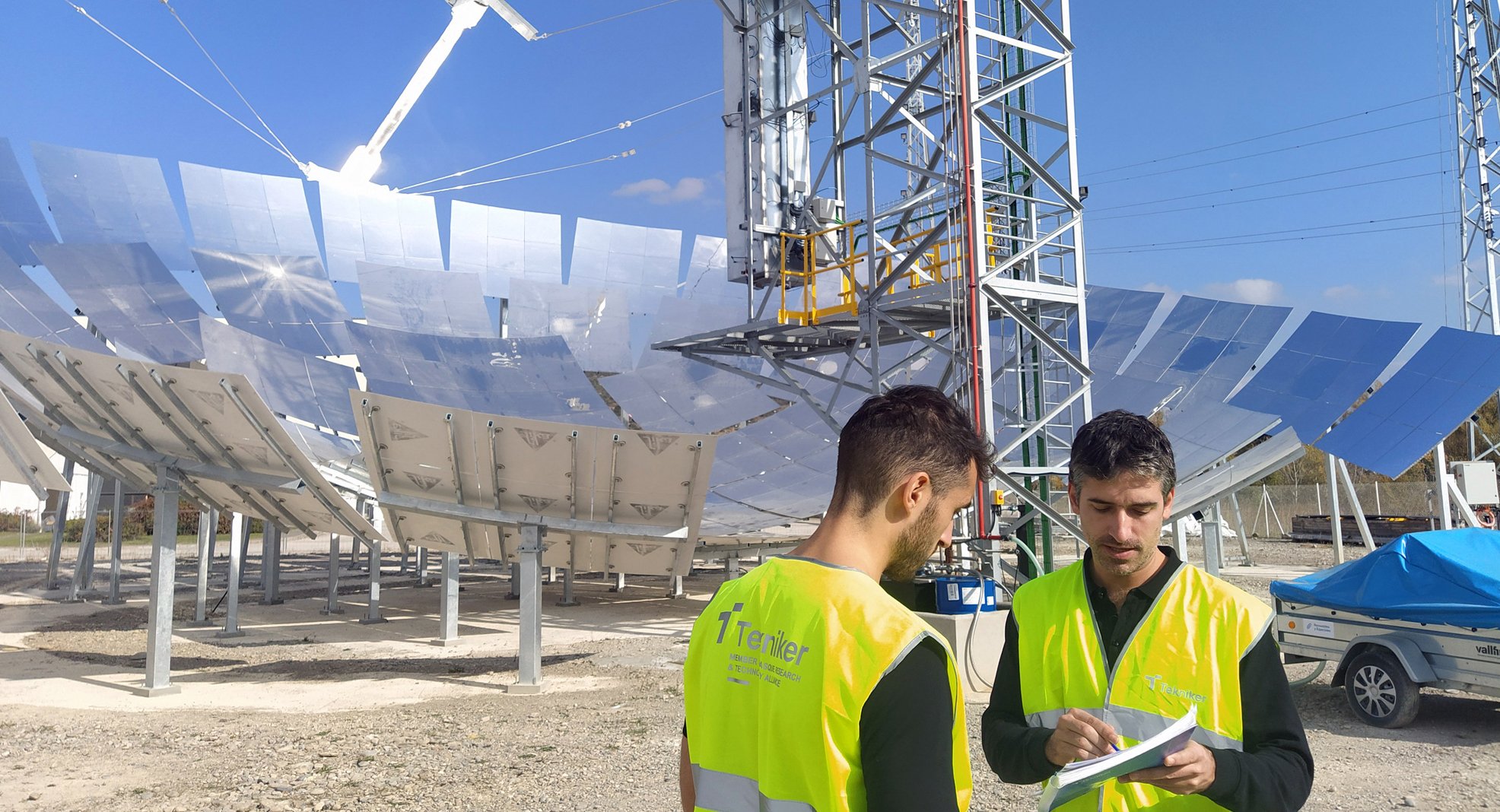 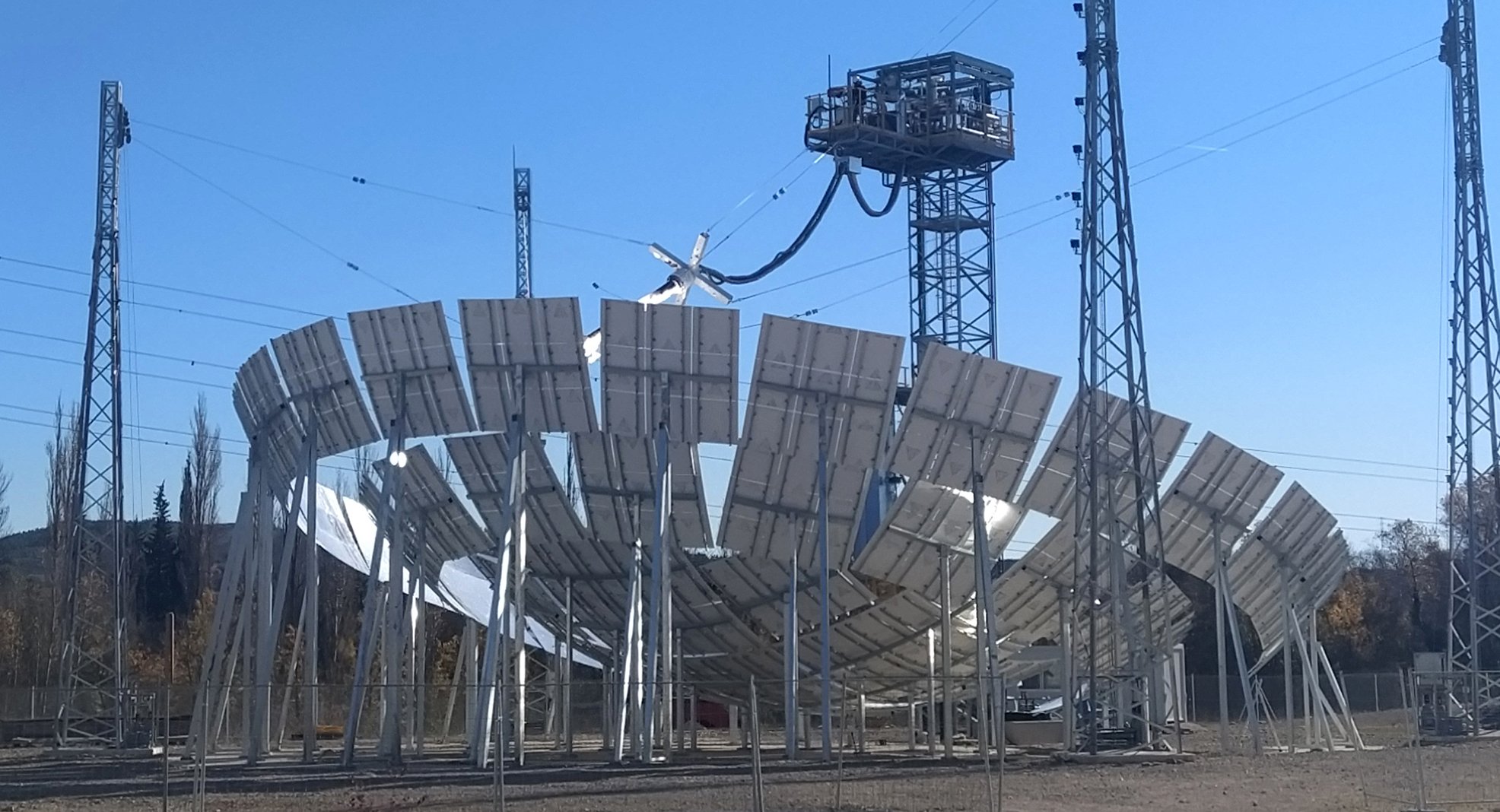 Tekniker has coordinated MOSAIC, a European project geared towards developing and validating a new CSP plant concept associated with less expenses in terms of construction and operation.

Solar thermoelectric power, also known as CSP (Concentrated Solar Power) offers a source of solar thermal power that is being postulated as an alternative to produce electricity in a sustainable, manageable and efficient manner when compared to fossil fuel technologies. Power stations of this kind have become a reality in the Spanish electricity market. Their growth and expansion in Europe, however, have been hindered by high installation and maintenance costs.

Over the last five years, Tekniker has coordinated the MOSAIC project to develop and validate a new CSP plant concept that features similar performance levels, although lower construction and operating costs compared to other CSP facilities currently in operation.

In this modular plant concept each module features a fixed spherical concentrator and a mobile receiver (SRTA, Stationary Reflector/Tracking Absorber).

The project brought about the construction of a thermal 300kWl module prototype at CENER’s facilities, (the Centre for Renewables at Sangüesa, Navarre), where validation testing started a short time ago.

Consequently, and thanks to its high degree of specialisation in areas such as designing mechanical systems, precision engineering, thermal engineering, smart autonomous systems, automation and control, Tekniker  has devised and implemented an innovative positioning system for the mobile receiver based on parallel kinematics and multi-view photogrammetry driven by eight cables of variable lengths (ranging between 5 and 35 metres) distributed in four towers measuring approximately 20 metres in height. An innovative flow monitoring system has been developed to allow the receiver to obtain highly accurate outlet temperature data.

This positioning system has successfully addressed the challenge of moving the receiver during the day over the concentrators. Is it therefore now possible to ensure high solar energy concentrations and, consequently, high temperature settings and enhanced efficiency levels. This technology also has an outstanding potential in terms of reducing costs associated with investments and operation & maintenance as fixed solar fields do not require costly tracking devices and this means that more economical structures can be used to support mirrors.

Thanks to the modularity that this approach offers, and by only changing the number of modules required, he MOSAIC plant concept allows the same solution to be applied to different plant sizes. MOSAIC modules can be grouped by sharing the same power block and joint storage systems. This means that high-power facilities could also benefit from the advantages enjoyed by small plants such as lower atmospheric attenuation and less restrictive precision requirements.

MOSAIC is a projected funded by the EU’s Horizon 2020 programme that started in 2016 with a consortium under the leadership of Tekniker and partners from Spain, Germany, France, Denmark, Czech Republic and Italy.

This project has received funding from the European Union’s Horizon 2020 research and innovation programme under grant agreement No. 727402